Sunday's final of the fifth edition of the Pianist of the Year took place in the beautiful location of the Prague Rudolfinum. The beginning of this special evening belonged to the highly regarded Czech pianist Karel Košárek, who performed three compositions on our ANT. PETROF 225 grand piano.

The competitive part of the evening started with a demanding discipline, based on 4 randomly drawn tones the pianists were asked to play an improvised song. Based on the rapturous applause after each performance, it is safe to say the competitors managed to complete this task successfully. The second round and its task was considerably easier, the finalist were asked to "tear down the music hall." The choice of songs for this round was entirely up to them, so the pianists could decide on whatever is close to their musical heart.

Zdeněk Urbanovský became the overall winner of the competition. He demonstrated not only a great talent in playing the piano but also his incredible skills of improvisation and communication with the audience. Second place went to a Russian contestant Pavel Kuznetsov, Zdeněk Král received a bonze glass note from the glazier Peter Kuchta and fourth place went to Robert Ferenc. 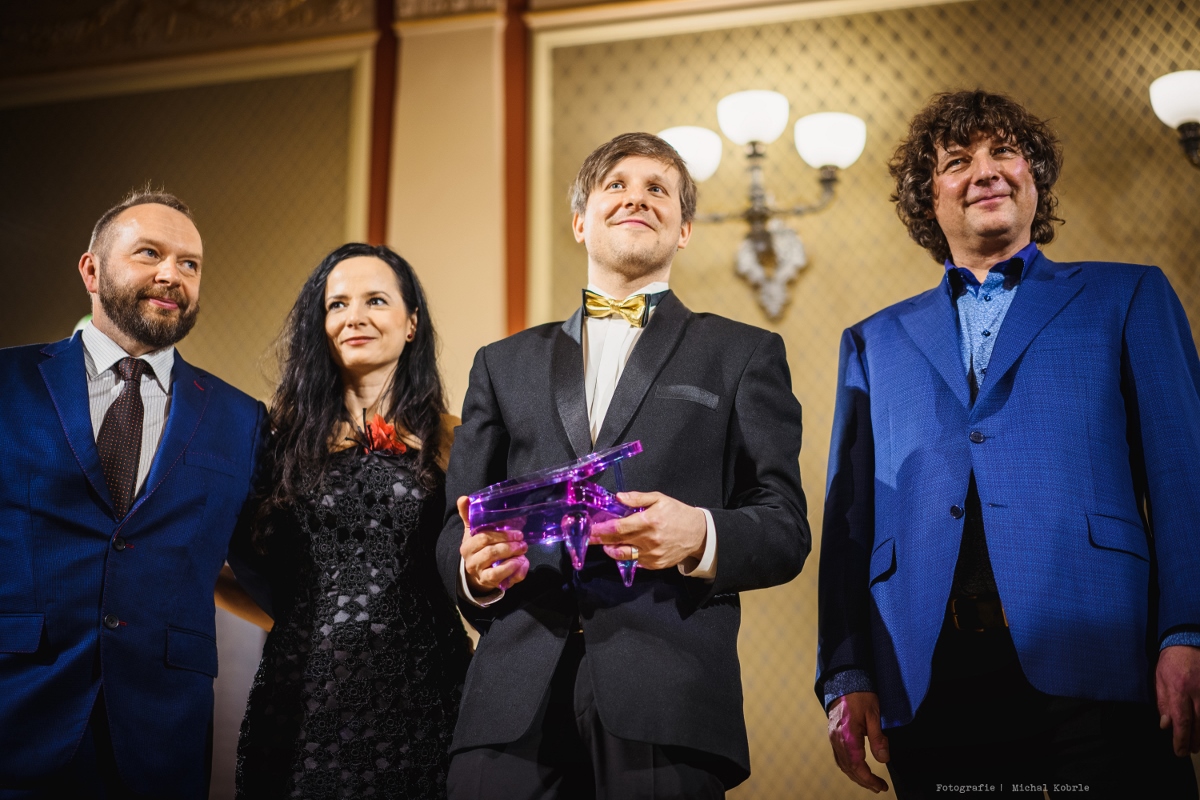 We would like to congratulate all the finalists on their wonderful achievements and we look forward to our future co-operation. To learn more about the contest, please visit www.pianist.cz or watch the recording of the final’s evening.